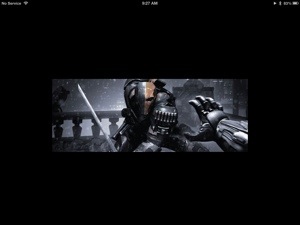 Batman Arkham Orgins   (Wii U, XBox, PS3) confirmed along with Batman Arkham Orgin Blacklist (3ds) both are prequels to the 1st two Arkham games with Blackgate picking up the story after the console versions of Orgins. Its WB Games Montréal, not Rocksteady Studios talking the developer seat on Orgins. Orgins is being said to have a world about twice the size of Arkham City. We can just hope that means just more room to have fun in, and feeling forced to go here and there just for the sake of seeing the whole city. The main antagonist is black mask, with other villains to make appearances as well.
Warner Bros. Interactive Entertainment press release states: &nbsp
“Taking place   before the rise of Gotham City’s most dangerous criminals, the game showcases a young and unrefined Batman as he faces a defining moment in his early career as a crime fighter that sets his path to becoming the Dark Knight. As the story unfolds, players will meet many important characters for the first time and forge key relationships.”

Lets just hope its as much fun as Arkham City.

Blackgate  on the other hand is being developed by Armature Studio, whose alumni includes some of those behind the Metroid Prime games. Its being describe as a 2D Metroidvania style beat ’em up with this story talking place in Gotham’s prison Blackgate.

SITES THAT I LOVE